Bob authored a previous book, World Travels & Adventures of a Ship’s Marine Surveyor, describing his long career, traveling the world, investigating marine accidents, pollution incidents, and several accidental deaths.  However, you cannot just step into such a career without prior experience, so this book details the preparation for such a career, and what has occurred after Bob “tried” to retire! 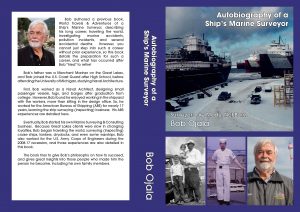 Acquaintances who were always amazed with Bob’s adventures, sometimes asked how they could get started in his profession. Bob would tell them he needed help that weekend on a job in Guam (or elsewhere) and ask if they wanted to tag along. The answer usually was an excuse, like they had a son’s baseball game to attend, etc. Bob would say, “Yeah, I know. I miss all of those!” 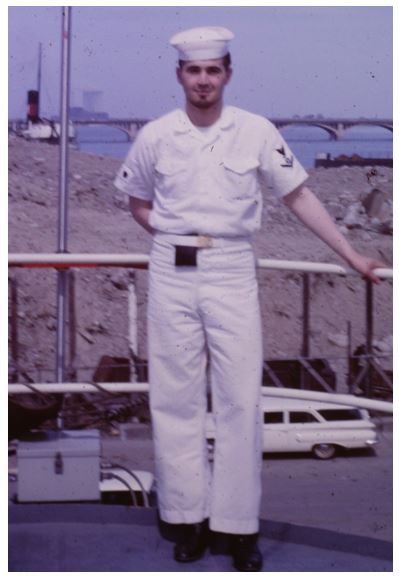 Bob’s father was a Merchant Mariner on the Great Lakes, and Bob joined the U.S. Coast Guard after High School, before attending the University of Michigan, studying Naval Architecture. First, Bob worked designing small passenger vessels, tugs, and barges after graduation from college.  However, Bob found he enjoyed working in the shipyard with the workers, more than sitting in the design office. So, he worked for the American Bureau of Shipping (ABS) for nearly 17 years, learning the ship surveying (inspecting) business.  His Coast Guard, college, shipyard and ABS experiences are detailed in this book.

Eventually, Bob started his own Marine Surveying & Consulting business.  Because Great Lakes clients were slow in changing loyalties, Bob began traveling the world, surveying (inspecting) cruise ships, tankers, drydocks, and even some warships. Bob also worked for the U.S. Army Corps of Engineers during the 2008-17 recessions, and those experiences are also detailed in this book.

The book tries to give Bob’s philosophy on how to succeed, and gives great insights into those people (both good and bad) who made him the person he became, including his own family members.

Anyone who loves or has an interest in ships and sailors will enjoy this book immensely.